In the world of habit forming, we commonly see numerous tips and suggestions on how to build good ones and make them stick. Having access to advice like this is always great: good habits allow us to cultivate a lifestyle that’s productive and fulfilling which, in the long run, can help us reach our goals. At the same time though, just as we want good habits to stay, we want to break the bad ones.

Here’s the good news: a lot of good habits help to get rid of the bad and, often, in the process of acquiring new habits meant to have a positive impact in our life, we already hit two birds with one stone. But what about the terrible habits that refuse to budge?

The answer to this is simple: we want to be proactive when it comes to getting rid of them! This is why in today’s article, we’ve put together a list of five effective ways we can break bad habits for good so that we’re left with only the good ones!

1. Start with self awareness.

The thing with any habit is that often, we don’t truly know the negative effects they have—much less have any idea that they’re “bad” for us—in the beginning. More often than not, before we figure it out, a catalyst has to become involved. Something happens or someone calls us out and only then do we have a much needed realization. Even then, acknowledging that we have a bad habit is one thing; stopping it altogether is another. It takes more than just knowing to actually break the loop that makes bad habits difficult to get rid of.

Thankfully, this is where self awareness comes in.

Unfortunately, a lot of us end up feeling guilty over things that we think we can’t change, and in the process, we let ourselves become stuck in said guilt without doing anything to improve ourselves or the situation we’re in. But getting started doesn’t need to be complicated, doesn’t take more than just attention: it’s a matter of directing our focus where it should be, on ourselves and the things that we do. 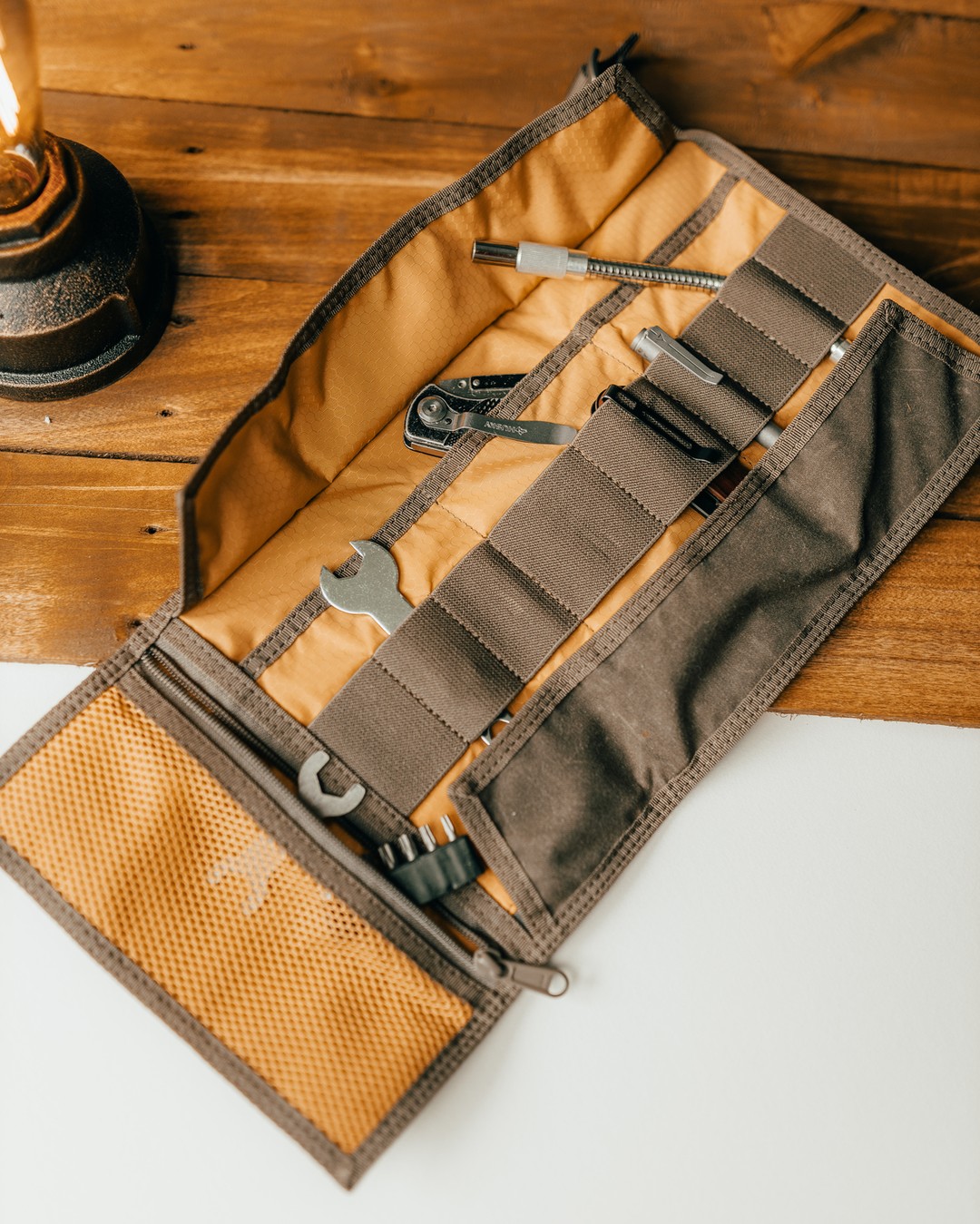 What drives us to smoke, drink alcohol, eat junk food, procrastinate? If we ever want to break our bad habits, identifying what our triggers are is key and this is only possible if we take the time to look inward.

An effective way to do this is by journaling: if done right, our journal holds a record of our unbiased thoughts and feelings, which can give us some powerful insight on our behavior. Having a reflection of ourselves in written form, ready to be analyzed as needed, allows us to step back and look at our personal issues from a different perspective. It’s a middle ground where we can see the bigger picture that is our life so we can find solutions and take action to become better.

Who says only good habits need a habit tracker? If it helps, you can also track those bad habits! Have your habit tracker and journal in one place using our Field Journal—the perfect system to keep you organized! It can hold up to six of our Refills, which means if you want to plan, sketch, or have your lists in one place, you’ve got enough space for all of them! 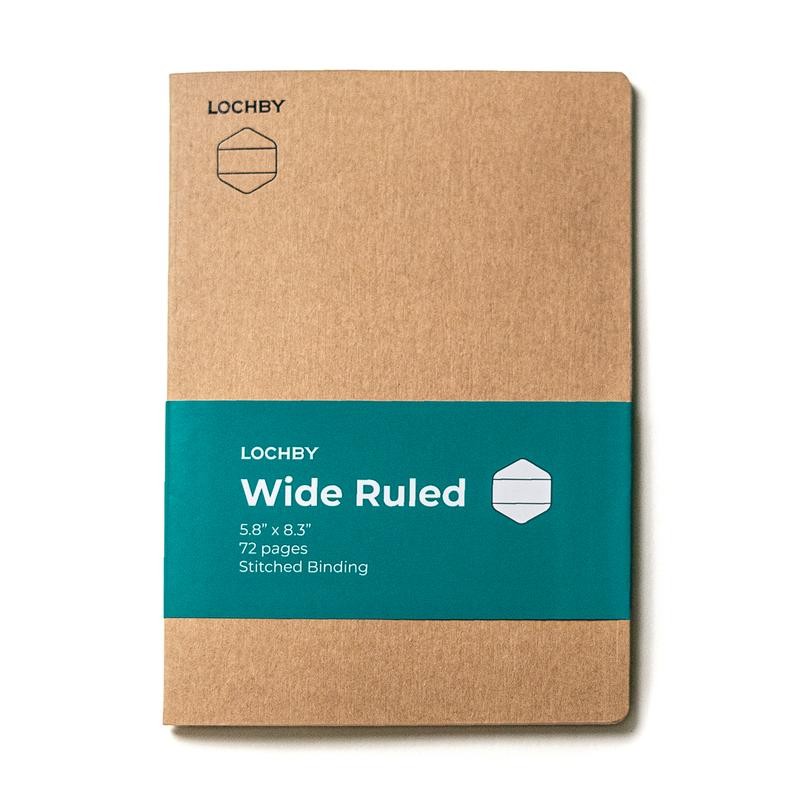 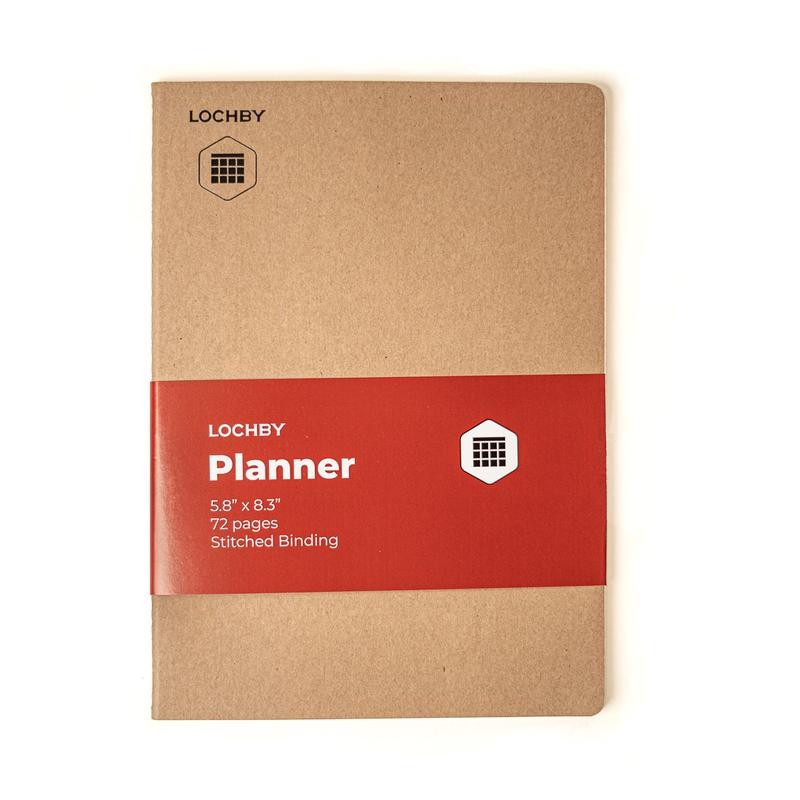 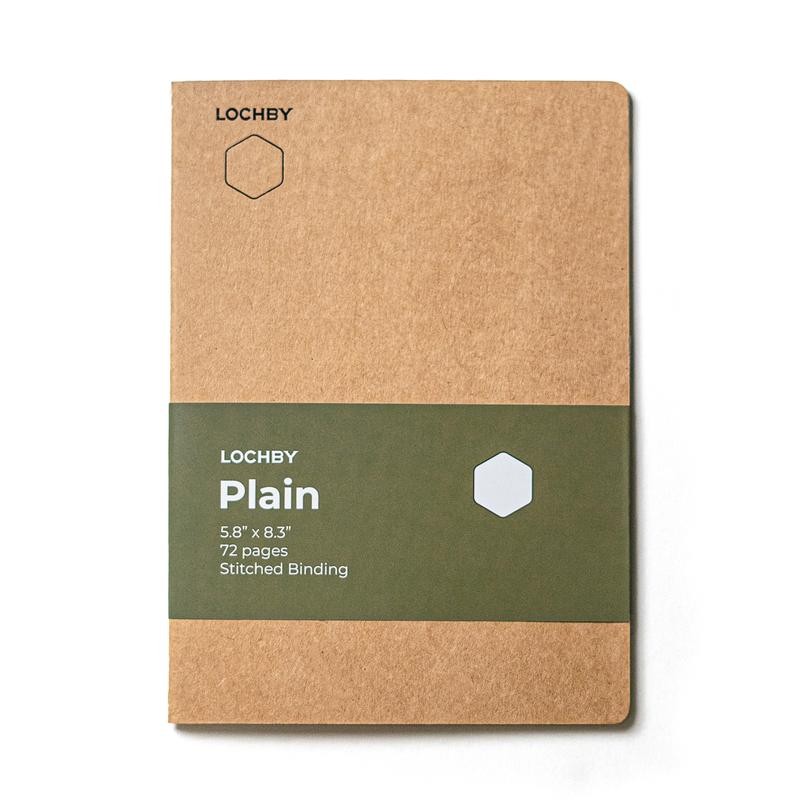 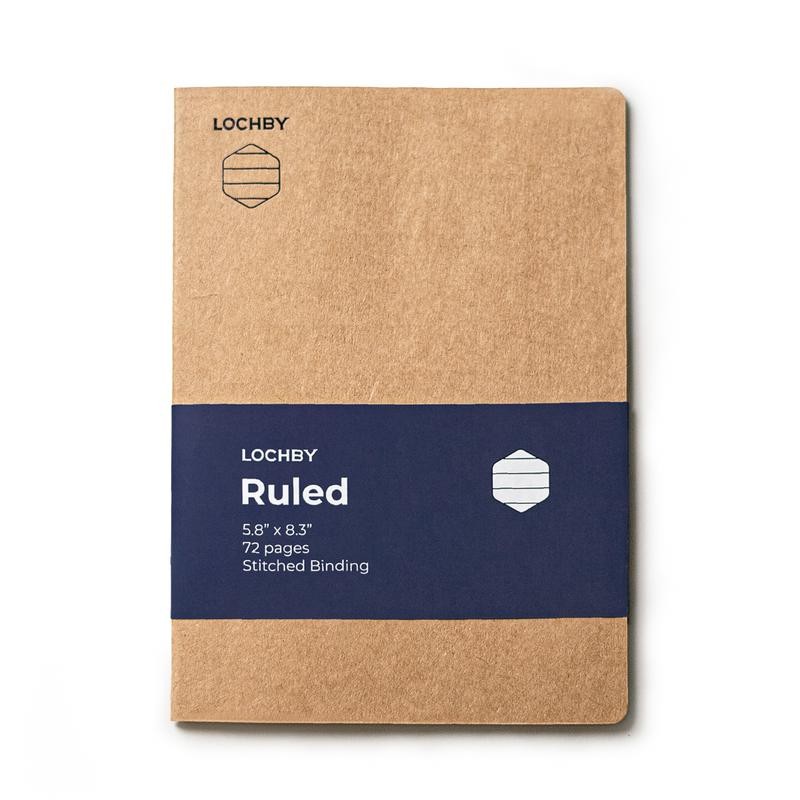 2. Find a replacement for a bad habit.

Sometimes, it may feel like a bad habit is impossible to shake off. You may catch yourself mid action but too late: you’ve continued the loop you’ve been trying so hard to break so you just continue whatever it is you’re doing. And while it’s easy to just give up at this point, don’t! Try this instead: replace the bad habit with something else. If you already know what your triggers are by practicing continued self awareness, then it’s time to reinforce something different in its place.

It’s important to note that this doesn’t mean trying to forget all about the bad habit or the pull to keep doing it because let’s be real: the harder we fight, the quicker we lose the energy required to resist, to prevent ourselves from going for what’s easy, to stop ourselves from changing. To have the self control needed to change, what we can do though is to simply let what we feel about our bad habits be—whether that’s guilt, anger, or shame—accept that our bad habits exist, and then take action.

This insightful and entertaining TedTalk from Jonathan Bricker is helpful should we find ourselves struggling with a bad habit. In his own words, Bricker says, “The secret to self control is to give up self control.” That said, we must stop actively resisting our bad habits if we ever want to control them. An easier way is for us to accept them and move forward from there. 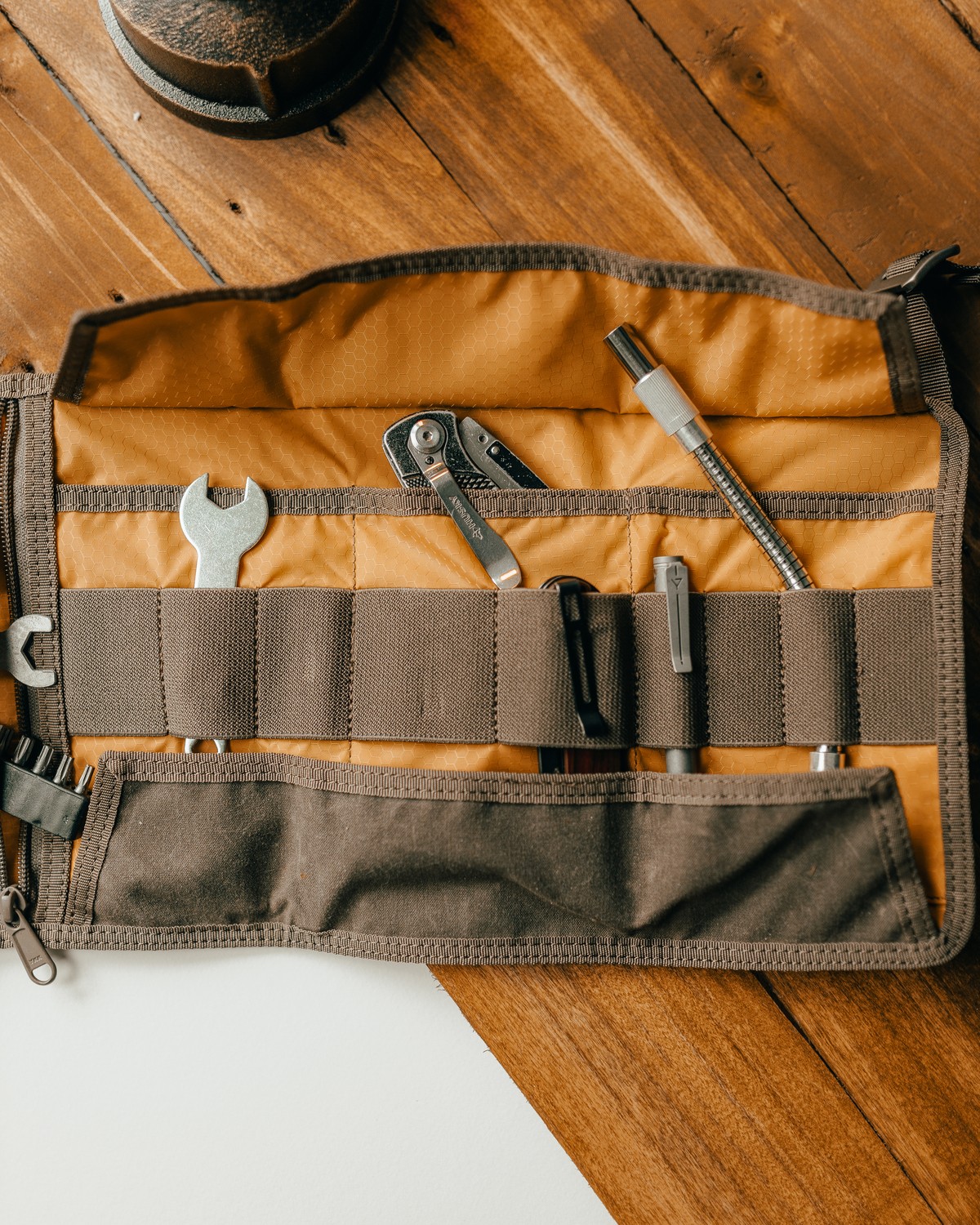 According to Healthline, there are 3 Rs involved in the making of a habit (good or bad): reminder, routine, and reward. By going through this loop over and over again, over time, we eventually end up with a habit that becomes second nature, one that we don’t even think about doing since it already happens on auto pilot.

With this in mind, if it takes a while to form any habit, why are we so hard on ourselves for not being able to break the bad ones right away?

The ‘go big or go home’ mindset is great for certain things, but when it comes to eliminating bad habits for good, we’re just setting ourselves up for failure. This is because it doesn’t allow us the opportunity to outgrow the habit we’re trying to get rid of.

Instead of forcing ourselves to turn a switch off, since habits don’t work like that, a more efficient approach is slow, steady, and consistent.

Go ahead and track those bad habits with a habit tracker! The Dot Grid is a great format to use for habit trackers because it has the structure and space to set up an entire week or month of habits. Imagine a chart with an X axis and Y axis. Write the dates along the top X axis and habits down the left side of the Y axis. Check out this video for visual reference!

While we’re on the topic of mindsets, here’s one more that can be helpful: acknowledge that you’ll most likely slip up and have days where your bad habits will win. And you know what? That’s fine! We’re all human here—we get tired, stressed out, give in to peer pressure, among other things—but accidents like these shouldn’t discourage us. Quite the opposite.

Sadly, there are people who slip up a few times and think it’s all over. So instead of pushing onward, they allow themselves to fall back on their bad habit and let all of their hard work go to waste. If we acknowledge that accidents can happen from the get-go, we’re not being negative at all, just realistic. In this way, we know to strengthen our resolve and keep trying harder.

5. There’s no shame in getting the help and support you need!

Assuming the role of lone wolf is just for the movies! When it comes to eliminating bad habits, all of us could use some help. It’s not even because you need an accountability partner—though you can definitely get one if it will work for you. Having a family member, friend, or a co-worker know what we’re doing is already a huge help because then we would have someone to call us out or remind us when we don’t notice ourselves slipping.

A lot of us choose to suffer on our own when there are groups of people out there willing to lend a hand even outside of our immediate circle. Just look up support groups in places like Facebook or Discord and you’ll find that we all need assistance for a variety of very particular things.

When you’re surrounded by a supportive community of like-minded people who wish to make the same positive changes as you, then it will be easier to achieve your goal—in this case, break your bad habits for good. 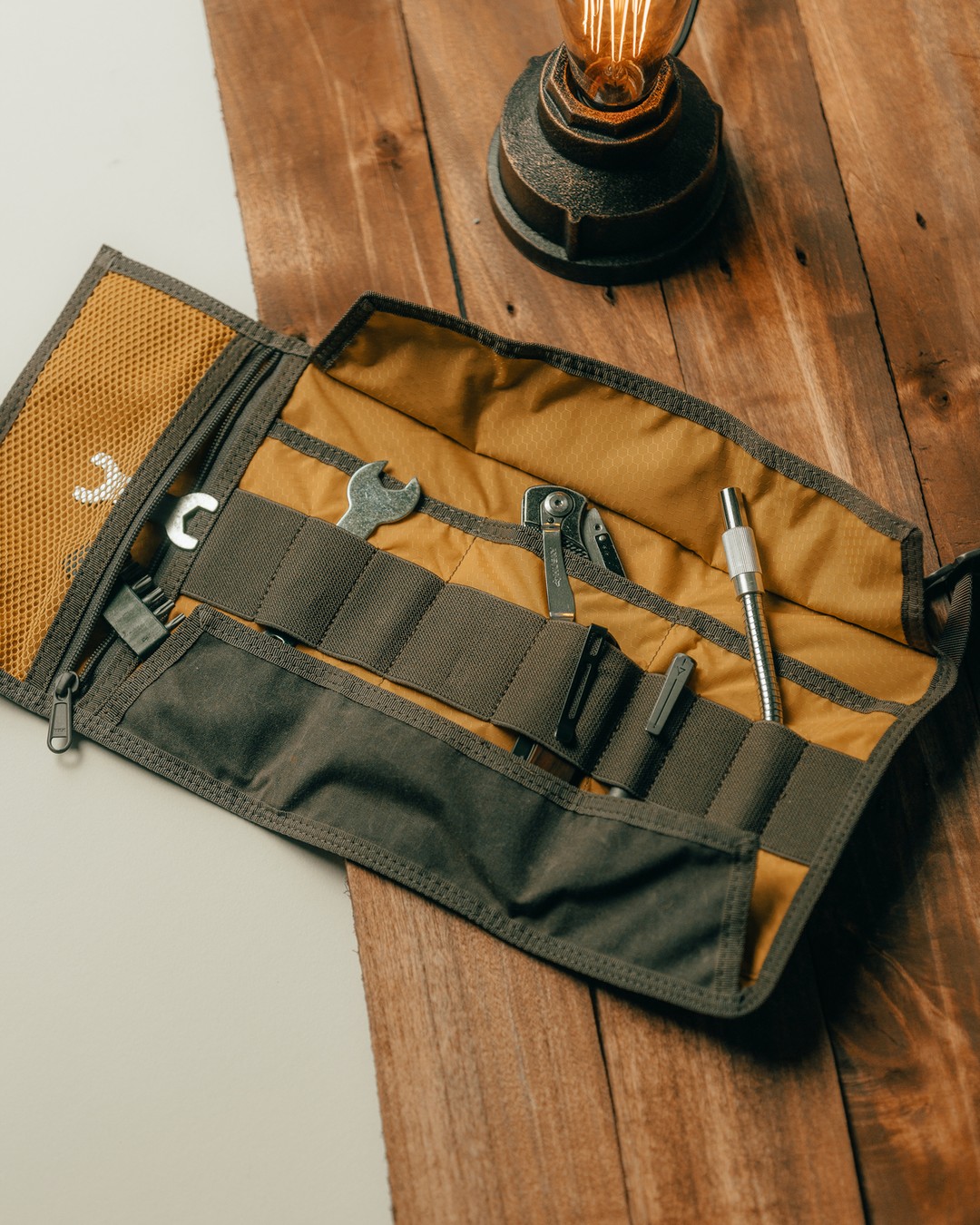 No matter how embedded they are in our daily routines, it’s not impossible to get rid of our bad habits. It will take some time, a lot of hard work and effort, and some slip ups, but it’s definitely doable. All it takes is self-awareness and a willingness to change for the better, no matter what.

How many bad habits stuck with you despite your efforts to acquire good (and new) ones? Which ones were the easiest to break, and ones that were the most difficult? Share it with us in the comments below—we’d love to hear your story!